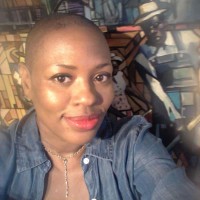 Ida Harris is a proud Ba'beez mama and columnist at MyBrownBaby.com. A cultural critic, she writes about art, feminism, Blackness, and motherhood. When she is not wielding the pen, she is birthing beautiful brown art dolls.